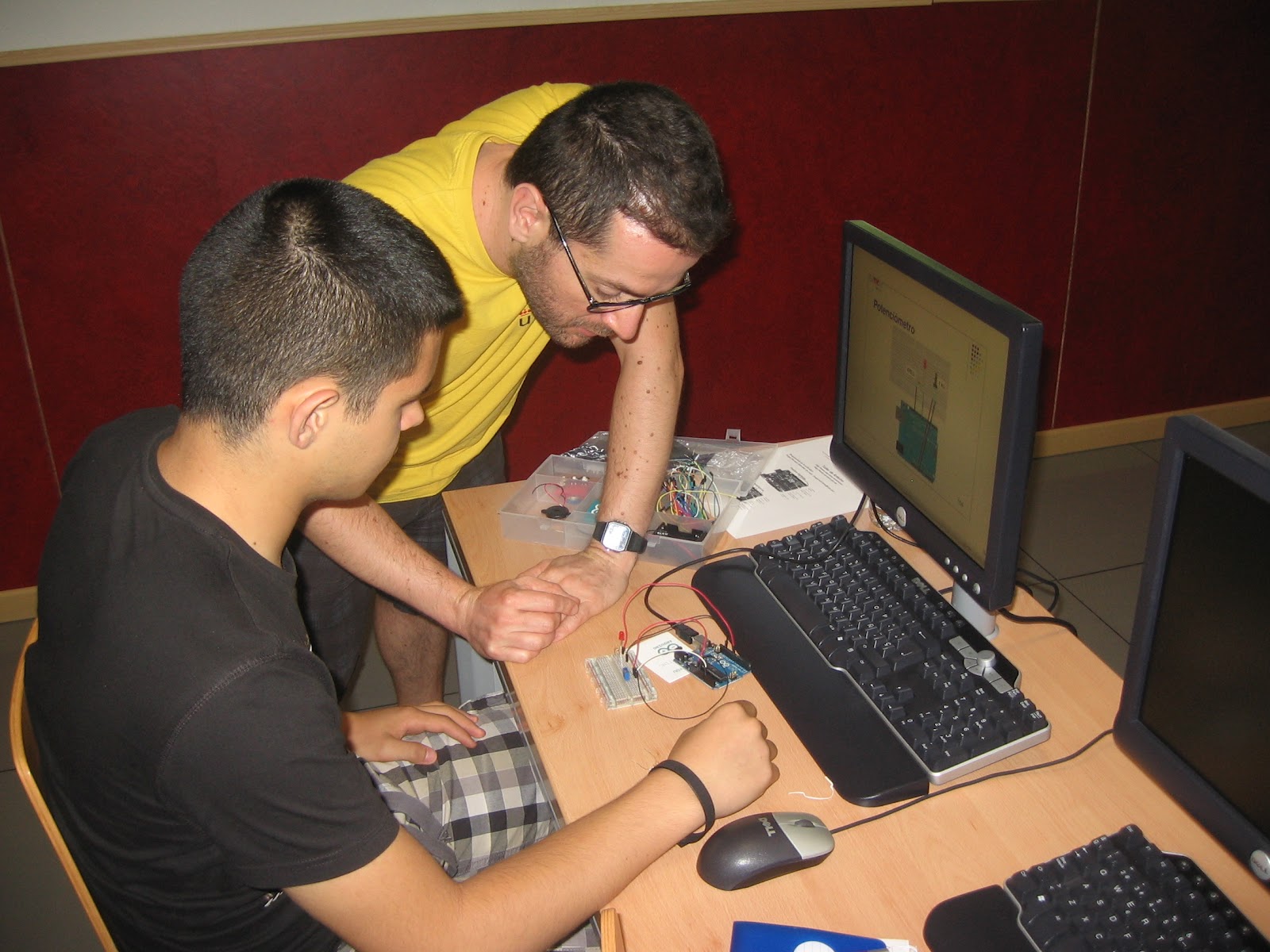 Angel Serrano, from University Rey Juan Carlos, gave the Arduino Workshop included in FesTICval event. He has published some pics about it in his blog and we share them with the Arduino Community.
There were 9 attendants (7 students from High School and 2 teachers from "Centro para la Innovaci├│n y el Desarrollo de la Educaci├│n a Distancia" - CIDEAD).
They were using the Arduino Starter Kit in the workshop, following the examples offered by Angel.
As we can see, Arduino is entering in Schools day by day, becoming a useful tool for Electronic subjects. Thank you Angel for expand your knowledge about Arduino. Nice job.

Via and Source. URJC

This entry was posted in Arduino, General, News and Events on July 1, 2012 by Cooking Hacks. ← Previous Post Next Post →