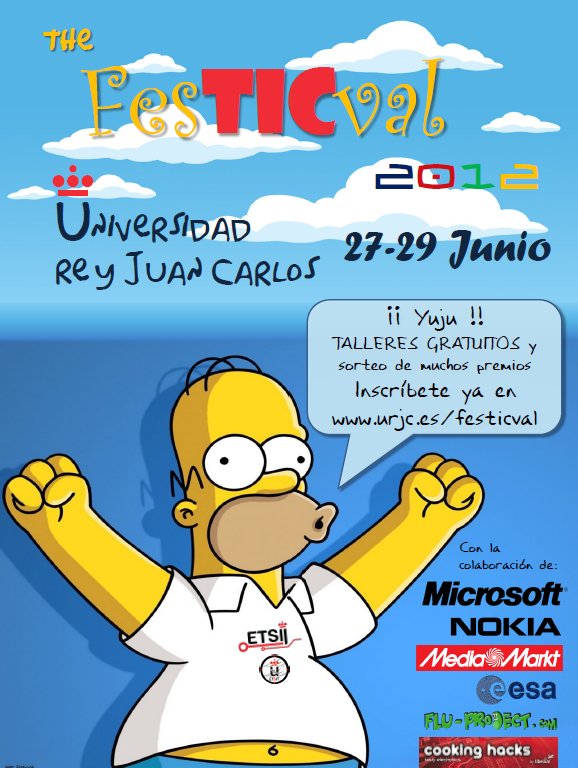 From 27th to 29th June, URJC (University Rey Juan Carlos) has prepared a free event where you will be able to attend several workshops and lectures: Web 2.0, Security and Hackers, Kinect and XBox 360, Android SDK, Lego Mindstorms... and Arduino Workshop.

Arduino Workshop will be celebrate next 28th June from 10 a.m. to 2 p.m. It will be focused in the first steps to start with Arduino: Blinking LEDs, digital input through Buttons, analog inputs with temperature and light sensors...

There will be 2 Starter Kits - Arduino Kits for the best 2 ones.

All the information is available in the official site: FesTICval

This entry was posted in Arduino, News and Events on June 15, 2012 by Cooking Hacks. ← Previous Post Next Post →